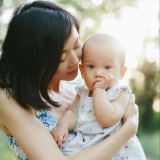 Since 2019, Rugs by Roo has designated one month out of each year as the Month-of-Giving where we'd donate to a charitable organization that we truly believe in. This year, we have decided to donate 100% of our profits in the month of July to GoodWeave International.
Read More

Choosing A Rug For Your Kid's Room

"Is the washable rug going to fit in my washing machine?"  We get this question a lot.  Today's post will hopefully help answer this question for you!